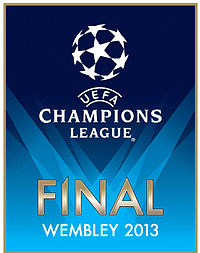 No El Classico final this time round. Despite the fierceness of Real’s response in the second leg it was too high a mountain to climb for Jose Mourinho’s men after their 1 – 4 defeat to Borussia Dortmund in the first leg.  The two-legged semi final went to Borussia Dortmund after a 0 – 2 second leg win to Real.  Bayern Munich bossed their first leg match against Barcelona and did so again in the second leg.

Real Madrid played an aggressive match particularly in the opening minutes.  A tactic that produced two goals to Dortmund’s nil.  It was 16 years ago that the German side last stood over Europe victorious, an occasion that also surprised the pundits at the time.   It’s certainly a fairytale for the German side, particularly if they manage to beat Bayern.

An German final between Borussia Dortmund and Bayern Munich looks mouth watering encounter.  Bayern Munich may prove too much for a Dortmund riding a high after winning the Bundesliga title.

On to Barcelona’s performance.  The 4 – 0 deficit was just too much for the out of form team who where missing defensive midfielder Sergio Busquets.   Messi wasn’t brought on at all and helped form the best subs bench ever when Iniesta was taken off.

Bayern’s defenders closed down numerous attacks on goal.  It was game over after the 59th minute with a goal from Robben after a cross pitch cross from Alaba.  Pique and Muller made the score Bayern 3 Barcelona 0 later in the second half.

From both second leg games Bayern Munich definitely looks the better side as they bossed possession during their match against Barcelona and made the Spaniards look a second rate team.  This will be Bayern’s third Champions League title in the last four years.  Definitely due a win this time.   Borussia Dortmund couldn’t manage anything nearly as dominating against a fierce Real Madrid.

Check out our Champions League offers.

← Liverpool's successes overshadowed by a lack of Premiership titles Which horses will Man United fans be backing on the National? →