A goose that lays golden eggs 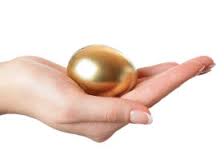 Wow, who would have thought that the metal that is added to other metals like nickel, silver, palladium, copper or zinc to make jewelry could have such an important and engaging history.  Similar to diamonds: gold’s origins come from starting conditions that are very rare and have given it properties that people desire.

Find gold in jewelry because it looks good, it doesn’t irritate the skin and it doesn’t tarnish, it can be bought and sold easily, melted down and fashioned into items that people want to wear.

Gold has a huge historical context originating from ancient times including spoken stories thought to originate from Ancient Greece and before.  Stories involving gold have endured due to their significance with respect to how people interact with each other, often have moral connotations.

This historical context means gold is as relevant today as it’s ever been.  Take a moment to ponder gold’s story in history.  Featuring in tales of pirates, virtues, morals and molding legends that have come to be taught in schools as a favourite of the curriculum.  Gold’s prominent place in children’s stories and use in computer games, think Sonic the Hedge Hog and Minecraft.

Gold can be linked to many different areas of our lives going unnoticed to the majority of people.  Shaping the interactions between countries and changing the course of history on countless occasions: funding wars and causing war.  A metal that produces strong idiosyncratic psychological affects on individuals.

Gold leaf is used to adorn buildings, books, and art work taking centre stage in religious iconography and state craft of countries around the world.  Not to mention world heritage and the building blocks of civilisation.

How can normal people take a bet on gold?  Anyone can buy gold coins.  Some may find buying gold coins expensive.  There is another way.  Buying shares of mining companies.

Beware, buying shares of mining companies is a great way to bet on gold.  Think of it a bit like betting on horses in the United Kingsdom’s Grand National National Hunt horse race.  Punters choose the horse based on form, jockeys, trainers, funny sounded names or names they can’t even pronounce.  On the day the gates open and they’re off.  Three horses fall at the Becher’s Brook fence, jockeys flying everywhere, and some unfortunately don’t make it.  Come The Chair fence you’ve got riderless horses veering off in all directions.  Come the final fences you are left with the creme del la creme of race horse and jockey partnerships but it’s all still a bit of luck as to who romps home winner

Share price performance of mining shares can be volatile.  This is due to operational gearing.  On the company balance sheet you get metal in the ground, land, machinery, and debt.  All of which has a certain cost to operate and maintain which stays relatively fixed.  If metal prices go down say good bye to cash flow let alone free cash flow.  If metal prices remain stable or go up say hello to increased cash flow and company valuations, and, hence share price performance is attractive.  Junior mining companies stay unprofitable for years.  All that stands in the way of producing cash flow is finding an economically viable deposit of metal, getting permits, building mines and infrastructure; all the time relaying on the price of metal to justify all the effort.

Here’s our bet on a mining company registered in Canada and available most people via brokerage accounts.

Involved in the exploration, extraction, and processing of precious and base metal deposits.

Currently mining Silver, some gold, lead and zinc.  With the addition of the Lindero gold project in Argentina; gold production will be ramping up in 2020.

Currently the economic back drop is advantageous for gold and silver due to the trend of monetary authorities increasing currency units deemed necessary to fund expenditures including education of residents, welfare and foreign policy.  The implications of this have caused certain changes recently including geopolitical tensions and changes to international economic policy.

As currency is created via the creation of debt the dynamic between the debtor and creditor has become strained.  Relatively large amounts of debt have depressed economic growth and caused the capacity of some to service or repay debt to be reduced.  Due to debt driven financial crisis a lot of risk (debt securities) have been moved on to the balance sheet of central banks from business and households.  A relative loss in confidence by international monetary authorities regarding this phenomenon (increasing currency units) has caused central banks to buy a lot of gold.  Increasing demand for Gold. With unchained supply of currency the value of currencies in general drop over the longer run: naturally central banks are seeking to bolster physical reserve assets, which help to maintain confidence in their ability to run the monetary show.

Recently a strange thing has happened in monetary terms.  Sovereign debt securities in a relatively large and increasing portion of the world pay no interest or have negative interest rates.  Causing a big problems for institutions running pensions, because bad returns on traditionally safe assets like sovereign debt securities means lower pension pots and income for people in retirement.  With no income, and concerns about the viability of the financial system under these circumstances money flows to where returns are expected to be higher with attractive risk and or volatility expected in the price.

A possible paradigm shift may occur within the next 10 years from a period of decreasing inflation and real interest rates to increasing consumer price inflation and increasing interest rates.  A phenomenon that requires some engineering by monetary authorities to push inflation into the system because it’s not being driving by increased demand or wage increases.  Think tariffs, subsides, protectionist policy and big spending on infrastructure funded by increasingly large budget deficits.

These are just some reasons why the trend in gold prices will accelerate.  Suffice to say the story is complex, but, the trend remains in tact.  Gold is a monetary metal and is classified as such by international monetary authorities.  Silver is known as the poor mans gold.  Silver costs so much less than gold and for the man on the street this means he can by 71 Britania 2019 1 ounce silver coins for the price of 1 Britannia 2019 Oriental Border 1 ounce gold coin.  If economic conditions get really bad silver’s previous role as a monetary metal may come into prominence again, all be it unofficially.  That said, the spread in price between silver and gold should narrow, and under current conditions silver should get repriced upwards.

Bringing readers back to Fortuna let’s take a look at the other metals Fortuna digs out of the ground. The future is bright for gold as a monetary metal.  Silver’s main role is as an industrial metal used in printed circuit boards, cell phones, computer chips, medical equipment and more.  A typical iphone contains 0.34g of silver.

Due to Silver’s historical price correlation with gold expect the price of silver to spike if gold prices increase significantly, but, don’t expect it to take long, because silver a product that is significantly important to business and hence nation’s security.

Fortuna also produces lead and zinc.  Both of which are closely linked to the economic cycle.  As the world economy is in a slowdown the price of the three industrial metals that Fortuna produce have fallen.  Falling prices produce lower cash flow and a lower share price.

Why is Fortuna attractive?

Jurisdiction; relatively safe, and lower costs due to currency differences.  Fortuna’s Lindero project is in Argentina which has seen it’s currency drop significantly.  Cost’s in Peso’s and sales of metal in dollars.  Helping them build a mine and processing facilities using cash flow and which large amounts of debt.

Management; have a history of profitably mining metals over time in the regions in which they operate.  Not chasing trophy assets which require large amounts of money to develop and operate.

They are developing the Lindero project without using lots of debt and financing it organically using cash flow.

Cash flows remain positive even after the drop in zinc and lead prices.

Execution of the Lindero project going as planned.  It’s expected to significantly increase Fortuna’s gold production at a time where gold prices are breaking higher.

When the world economy turns the business cycle industrial metal prices will reflate due to increasing deman.

Regarding monetary policy.  The USA has relatively higher rates on it’s severeign debt, but, is expected to start decreasing rates and an ease monetary policy in other ways, which will cause money to flow into precious metals markets.

Very few institutions dedicate funds to metal mining companies and the market capitilisation of gold miners compared to the market as a whole is historically low.  That said, the sector requires only a small shift in sentiment by the big players to have a large affect on price.  In other words, an asymmetric risk return profile.

Don’t forget one of the morals of the story of the Goose That Laid Golden Eggs; the folly of being over greedy, putting all one’s eggs into one basket, and the implications this could have to the punter’s personal finances.

Readers who want an interesting play on the theme of unhinged inflation of currency units around the world, who, don’t want a punt on gold miners, should check out the Profit Accumulator review.