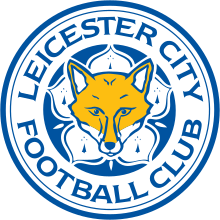 Tottenham enter Match day 6 on the heels of a decisive win against Crystal Palace on Saturday with a return of flare to Tottenham ranks.  An exciting attacking display lead by Son Heung-min proof that Kane and Son can achieve results, egos aside, showing fans effective link up play.  Mauricio Pochettino clearly not scrabbling around for options in attack with goals also from van Aanholt and Lamela.  A convincing performance despite Pochettino’s reservations about cohesion between players after doubts over the long term future of Christian Eriksen, Jan Vertonghen, and Toby Alderweireld following the in season transfer window.  Spurs have hit their stride against Crystal Palace but can they show consistency against Leicester City at home.

Roy Hodgson’s Crystal Palace came into the match with spurs on the back of decent form but continue their unbeaten run versus Spurs. Deficiency in defense and midfield letting the side down.  French defender Mamadou Sakho did return for this match after long term injury.

After 5 matches and 4 points picked up against Crystal Palace Tottenham now sit 3rd in the table.

Leicester City are 5th in the league after 5 matches.

Leicester City approach the clash against Tottenham on the back of a loss in the Premiership to Manchester United.

A glance a team stats show Leicester’s match versus Man United to be evenly balanced.  Equal shots, pass accuracy,  and fouls.  Leicester have had more possession, but, less shots on target.  Man United edged past with a penalty scored by Marcus Rashford in the eight minute, after a trip by Leicester defender Caglar Soyuncu.  Manchester United defended their lead well, with Harry Maguire rubbing salt in the wounds of Leicester City fans despite the £80m summer transfer.  Jamie Vardy proved no match for Maquire, not due to fault of Vardy but lack of service from midfield.

Leicester City started match day 5 third in the league and ended swapping places with their next match rivals Spurs.

Leicester have drawn 3 times, won twice and lost once in their last 6 matches.  Tottenham have the same record.  Both have 1 Premier League win, 1 loss and 2 draws.

Goal difference reveals why Tottenham are currently two places higher in the league thanks to Son and Tottenham’s back three.

Brendon Rogers has plenty of dough in the kitty for buying new players and working magic in midfield. Summer signings include Youri Tielemans from Monaco, Ayoze Perez from Newcastle, James Justin from Luton, Vontae Daley-Campbell from Arsenal, George Hirst from OH Leuven, Ali Reghba from Bohemians.  With respect to cohesion between players, Brendon Rogers, has more on his plate than Pochettino considering all the new faces at Leicester City.

Before Saturday’s match Spurs will have traveled to Olympiakos in the Champions League Group B opener on Wednesday 18th (kick off 17.55 BST).

No new injuries where picked up during Match day 5 for either team.

How do you turn Leicester v Spurs into a dead cert?

Check out the LetsCompareBets review of Profit Accumulator.  Click this link to visit the blog to get more info.